From the Classroom to Political Office

In the work of education, teachers are usually informed about policy decisions that affect their classrooms and often engage with leaders in the decision-making process. Now we see teachers redefining their role in the education ecosystem, and for some of them, it means holding the baton to lead. Through the National Teacher of the Year Program, CCSSO supports all teachers to lead and share the story of their colleagues and students, be it in the classroom, state, or in the national government. We do this by identifying exceptional teachers in the country, recognizing their effective work in the classroom, engaging them in a year of professional learning, amplifying their voices, and empowering them to participate in policy discussions at the state and national levels.

Last night the 2016 National Teacher of the Year, Jahana Hayes, became Connecticut’s Democratic candidate for the 5th Congressional Seat. If she wins, she will make history as the first African-American to represent Connecticut in Congress.

The National Teacher of the Year program, run by CCSSO, identifies exceptional teachers in the country, recognizes their effective work in the classroom, engages them in a year of professional learning, amplifies their voices, and empowers them to participate in policy discussions at the state and national levels.

The role of National Teacher of the Year has been a high profile position recognized by each White House administration since 1952. As ambassadors for the profession, several have worked as Department of Education Teaching Ambassador Fellows, many work with their state chiefs on policy implementation, and now, they’re running for office. Teachers are leading and we hope they continue to spark civic engagement in local schools and communities such that each and every student has access to a teacher like Jahana Hayes.

To learn more about how you can support teacher leaders through the National Teacher of the Year Program, contact Emily.Zevely@ccsso.org 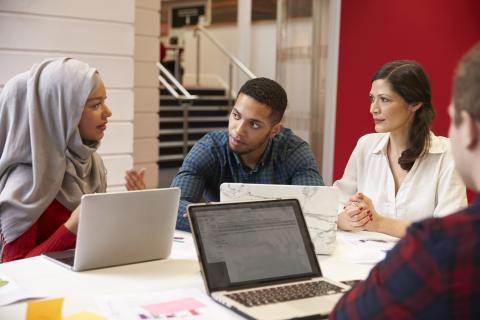 Teachers at the Table. Learn How South Dakota Elevates Their Educators